🎆 How is Boredwalk celebrating July 4th? 🤔 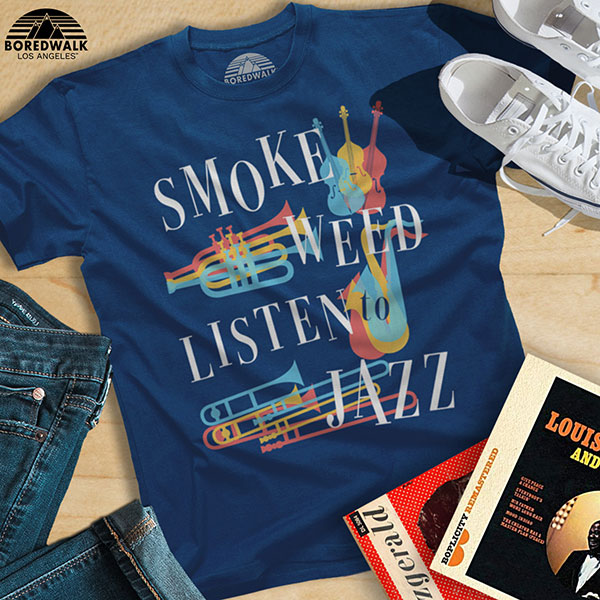 BY INDULGING IN THE MOST AMERICAN OF PASTIMES, OF COURSE!

Well, we made it — to the end of yet another harrowing week in the hellscape. Congrats!
On the one hand, it's nice to have a three day weekend ahead of us. On the other hand, it feels kinda hollow to observe a holiday dedicated to freedom and liberty given the fact that more than half our country's residents had the (apparently very alienable) right to their bodily autonomy stripped from them last week by six people taking their interpretive cues from a book written two thousand years ago by a bunch of flat earthers. Makes total sense.

Earth will never be accepted into the United Federation of Planets with this attitude.
So I guess I'll just "celebrate" our nation's birth* this weekend by indulging in some of our best exports —  jazz and baseball — all in a valiant (but ultimately fruitless) effort to blot out the reality of this latest sh!tshow.
Alright! Now that the reactionary riff-raff have unsubscribed in a huff over my speaking truth to black-robed nonsensical power, we can get on with the fun parts of this email!
First up, our transition to Boredwalk.com was a success — yay! Stay tuned for more big changes over the coming weeks!
Second, let's say happy birthday to entities other than our regressive geopolitical landmass!
• The Sony Walkman was introduced on this day in 1979! Good thing, too, since so far it's the only thing — along with Kate Bush's singing — keeping Max Mayfield alive in the Upside-Down this season on Stranger Things.
• Punk and New Wave icon Debbie Harry, singer-songwriter in the band Blondie, came into being this day in 1945!
• New Wave icon and human cartoon character Fred Schneider of the B-52s debuted in the hellscape this day in 1951!
• Rapper, producer, and all-around brilliant music maker Missy Elliott joined the fun this day in 1971!
*****
While Boredwalk co-founder Meredith and I have a few new designs to share, we've been helping the rest of the team with printing and shipping orders all week and didn't have time to add them to the website. I'm sorry! We'll hopefully be able to unveil one of them next week, so stay tuned!

In the meantime, please accept this amusing video our content team put together last week as an apology. If nothing else, you'll get a hilarious peek behind the curtain at what goes on during a typical day at Boredwalk HQ!
We'll be back here in your inbox on Monday with a fresh customer Q&A, more notable birthdays, and witty banter in general. Don't miss it! (Unless my rant up top compelled you to unsubscribe in that aforementioned huff, in which case you will definitely miss it, because that's how unsubscribing works.) Until next time...
Peace, love, and "freedom,"
Matt
Share: